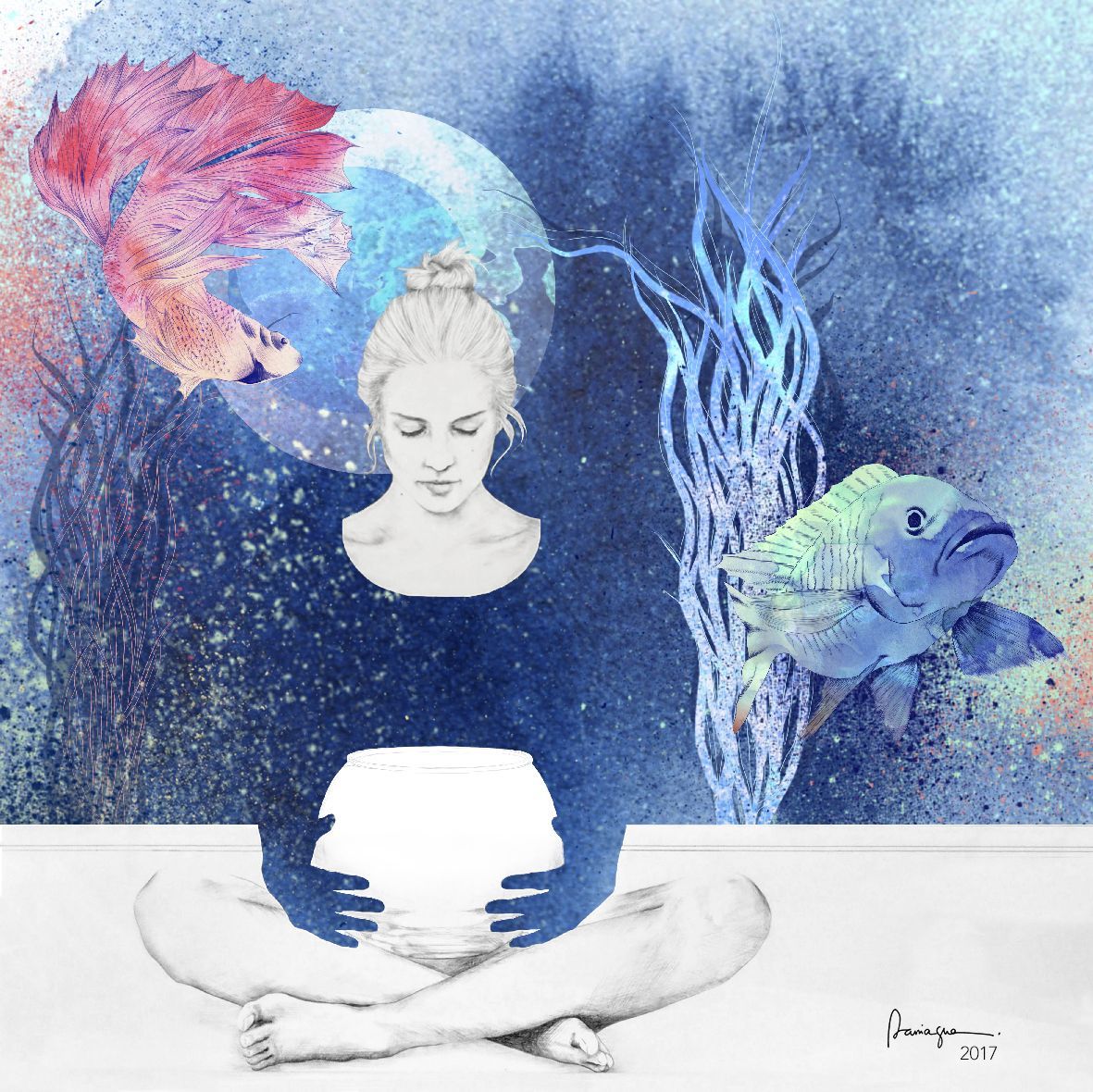 Christmas has brought us this precious gift from the hand of our beloved Mar del Rey, who has written this exciting story dedicated especially to all the families of the Foundation.

A sea of life!

No one noticed, that when the water broke, a sea came out from inside, the waves flooded the operating room, beat against the doors and spread throughout the hospital. In the afternoon the cleaning crew swept away tons of salt, some pieces of coral and three starfish. Nobody noticed because from inside Mama besides that ocean gushing out, a navy blue tail emerged, then came the right and left fin, the smooth back and the snout.Mama asked, “is everything okay?” The motionless operating room responded with silence, only the midwife who had seen hundreds of births, took the newborn from the doctor’s hands and slapped him as she had many other newborns.

The baby took in some air, did not cry but then sung a song so sweet, that all those present turned towards him in awe. The midwife following her primal instincts, wrapped him in a soft towel and handed the baby to Mama. She looked at him and she lost herself in his deep blue eyes they reminded her so much of her family.

She knew the doctor’s diagnosis even before he entered her room. It did not surprise her that, without saying good morning, he looked straight at her and stated bluntly:- “Your son IS a whale”.

He continued his scientific discourse, with the distance that fear brings with it.

– “It would be better if you do not bond too much with the creature.”

She enquired Mama imagined an umbilical cord like a boat rope that she had to had to release from its mooring. The rope became longer and longer and longer, how could she release it knowing that you were at the end of the rope?

For a time she left, she could not understand, although she never let go. One day she started to pull to get back to your side. She learned that your pace is slow and your needs are great like you.

You started to grow healthy and strong. At home they brought you around to places with a special car, you loved that they touched you, that they moved your fins and especially the caresses and kisses. 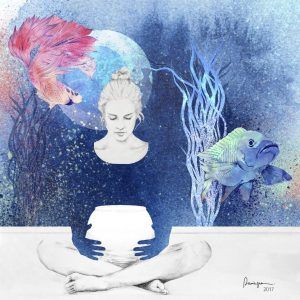 In the morning you woke up early, sang old songs and the house vibrated with your whale song. If the sun had not yet risen, your room was dyed blue and the stars of the sky became starfish.

The house was too small, you had to bend your tail so that it would not poke out of the living room window, you had to tilt your head to enter the rooms and your nose stuck out of the kitchen window. There was no way to get you out, until one day the solution came unexpectedly: a dust particle fell on your blowhole and you sneezed.The roof flew off, the walls collapsed like a magician’s box. When Mama came home from work, she found the house caved in and you dying with laughter. She was trying to understand what had happened, until she gave up and lay down beside you. The sky was full of stars. You started singing the song you had been repeating since childhood. Suddenly she understood your message: “Take me free and wild, take me to the sea.”

“Sure, I was jumping for joy, that’s what you wanted to tell me, I’ve been so stupid. But how to take you?”  She wondered.  Now we do not even have a house. You kept singing and she lay down to look at the stars. Then she saw the chariot of the Great Bear up in the sky.In the morning Mama got down to work, some people came to ask, most were surprised, how could a buggy possibly support your weight? The sea was not close by and you were very big. Unintimidated, she continued to assemble your transport using the remains of the house. Other neighbours also arrived, they asked what they could help. Almost without noticing, she finished what she had started.

On the day of the trip many people came to help. It takes many hands to move a whale. You felt everyone’s touch on your soft skin the contact of each person and at three o’clock in the afternoon, they put you on the new carrier.

Happy, you started singing, they pushed to the sound of your melody. When you approached towns, they listened to you from afar and people came to meet you and take over. Mama was at the head, looking forward, it seemed that from the beginning of the trip, she was able to see beyond the horizon.

You arrived at sunset. Mama whispered to you: “the sea.” They took you to the shore, that’s the name of the beginning of the sea or the end, depending on how you look at it. Those who had accompanied you, left, passed in front of you, they made a gesture, a sign, and they caressed you. Then it was just the two of you left alone, side by side waiting for the tide to come in.

Mama was silent, when the sea wet her feet; she carefully began to remove the straps that held you. Your blue, immense, bright back was exposed. She sprayed you with seawater, for the first time you felt the salty taste and you knew you were home.

The tide continued to rise, suddenly you felt a strange sensation, lack of support, the buggy had been below you, this new sensation, was it vertigo? Then you understood, you were floating.  Mama was no longer by your side but standing on the shore, her bare feet in the seawater.

She sang to you, her hands on her heart, she smiled, although you could see the tears. You loved the sea, it was irresistible, the waves moved your fins and for the first time you noticed that they responded to you, you moved left, right, right, left. Not only did you feel that your heart was wildly beating inside your chest and that you were getting further away but also that you had stopped hearing her though you knew for sure that she was still singing.

When the horizon got dark blue, you turned back and with great impetus your body flew through the air and you saw her for the last time. 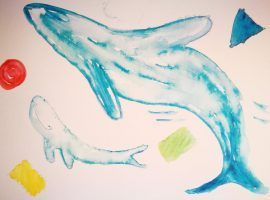 Trip to ‘Tu cara me suena’